upward@upward.hu
Do you want a lead generating website that brings you profit?

WHO IS IT FOR?

Our offer is typically for small and medium sized businesses who are looking for a (new) website for any of the following reasons:

… your current site is outdated,
… it isn’t working properly,
… it doesn’t bring you enough leads,
… your business or your target market changed.

If any of the previous  applies to you than this could be the perfect opportunity to get a new website. 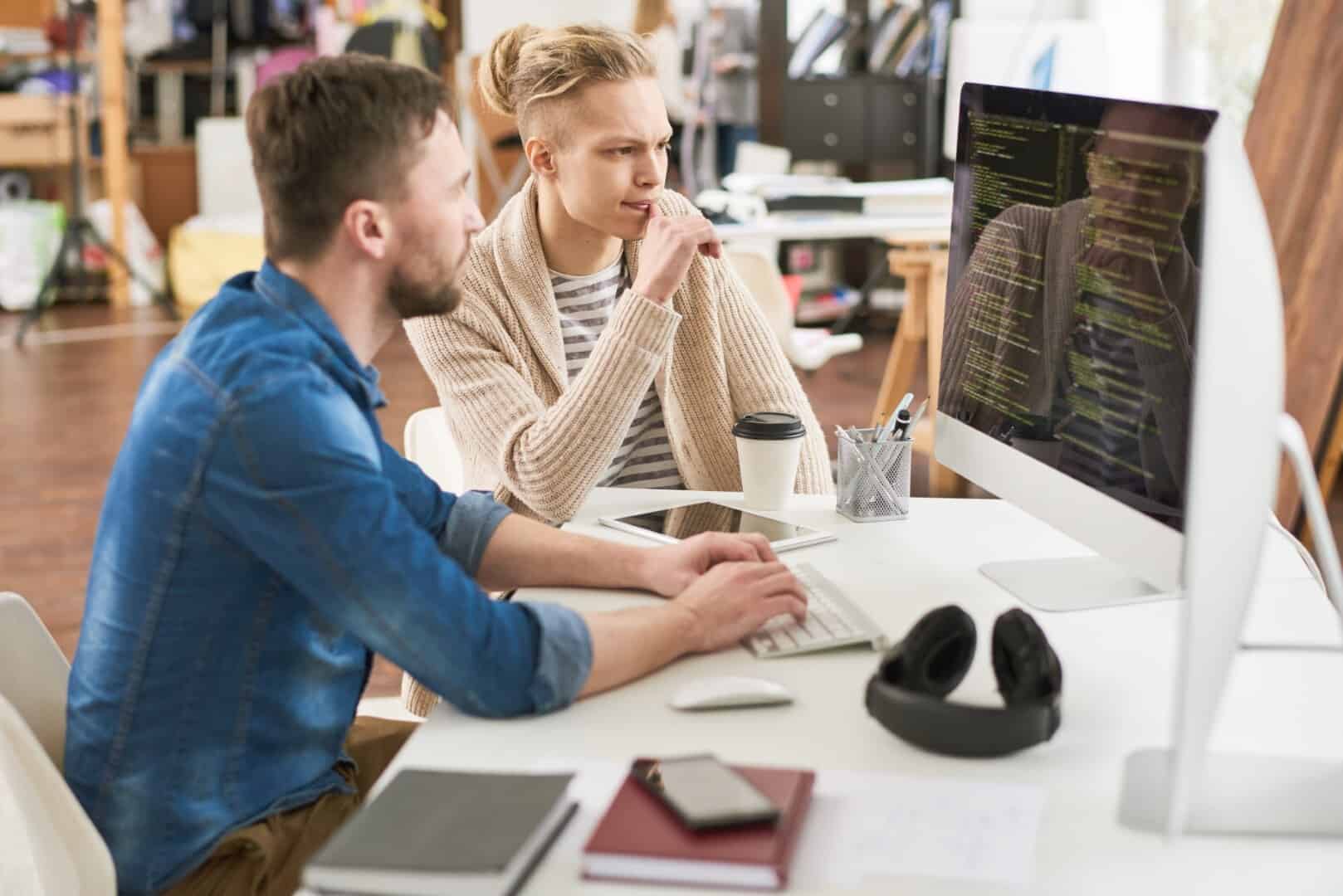 SO, WHAT’S THE OFFER?

Let’s talk about the details.

You will get a wordpress based website designed and built for your business.

The offer includes a website of up to 8 pages. You can ask for more in case that’s not enough, but that’s considered extra.

20 stock photos, backgrounds or videos are also included. Original photos are always better, but if you don’t have pics, we provide you images that suit your business.

We install several safety features to keep your website safe and your inbox spam-free. An SSL certification (that shows browers your site is safe) is also included.

The website’s interface will be perfect for PCs, tablets and cellphones

Your website will pop up first in Google Search and more customer can find it.

As part of an online video training, we will show you how you can modify content on your website, at any time.

(Please note: we create the page, not the legal content!)

THIS IS WHAT I WANT! 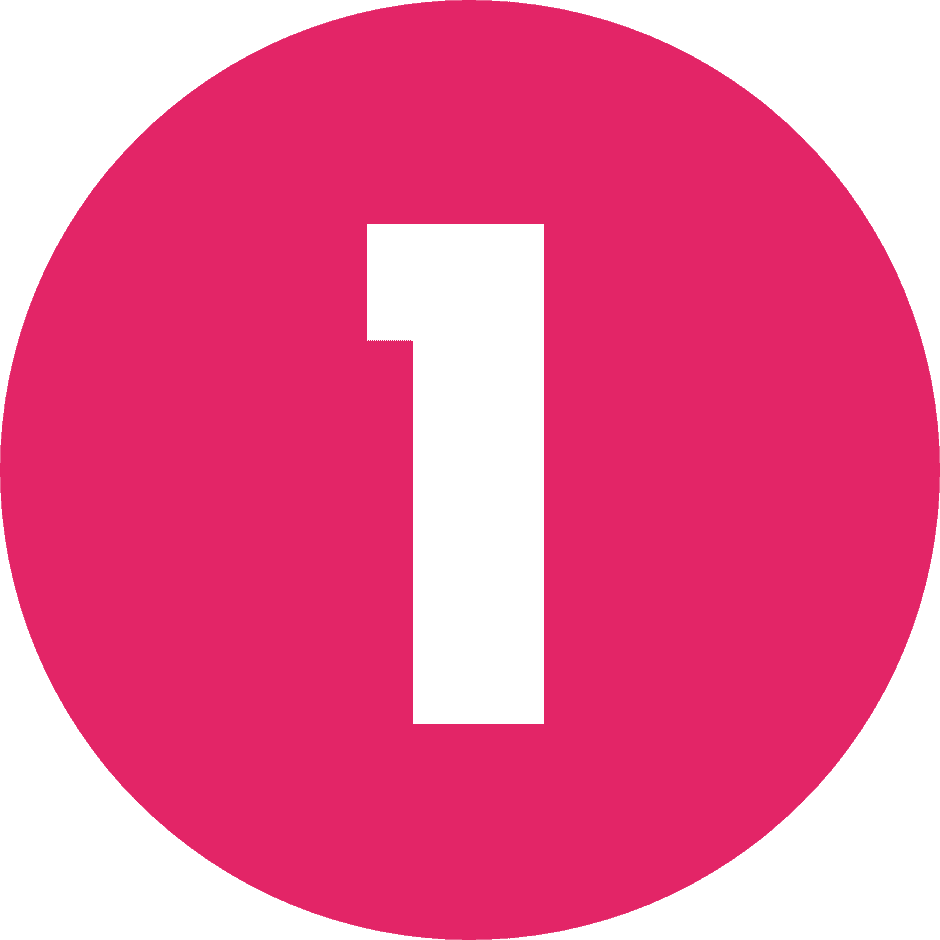 Before doing anything, it’s inevitable to understand what result is needed. Both you and us need to be very clear on what we want to achieve. 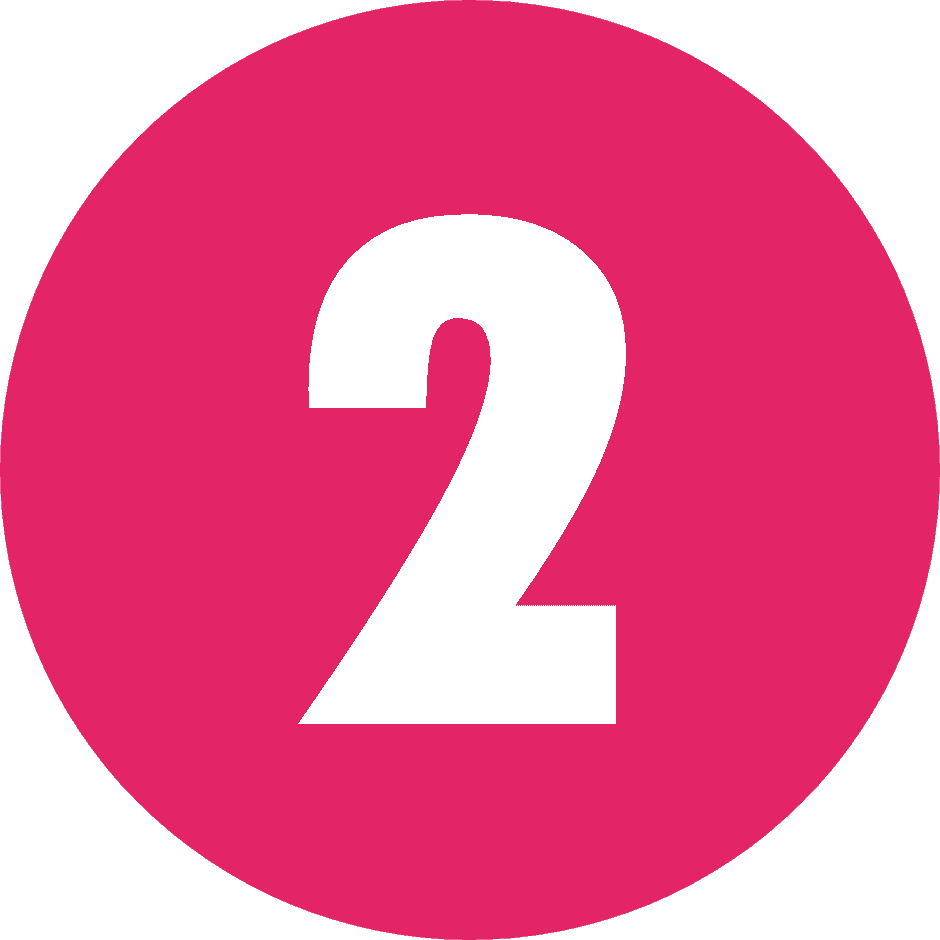 We create a draft version of the site that includes the exact structure and the setup of the site, including each and every page.

Knowing this help us move forward and gives you enough time to put together any material that’s needed from you. (Picture, copy, legal stuff, whatever).

Now that we know how the site should look, it’s time to make it look awesome.

At this phase we build the structure agreed previously. Here we show you several design options to choose from that suits your business and brand identity. 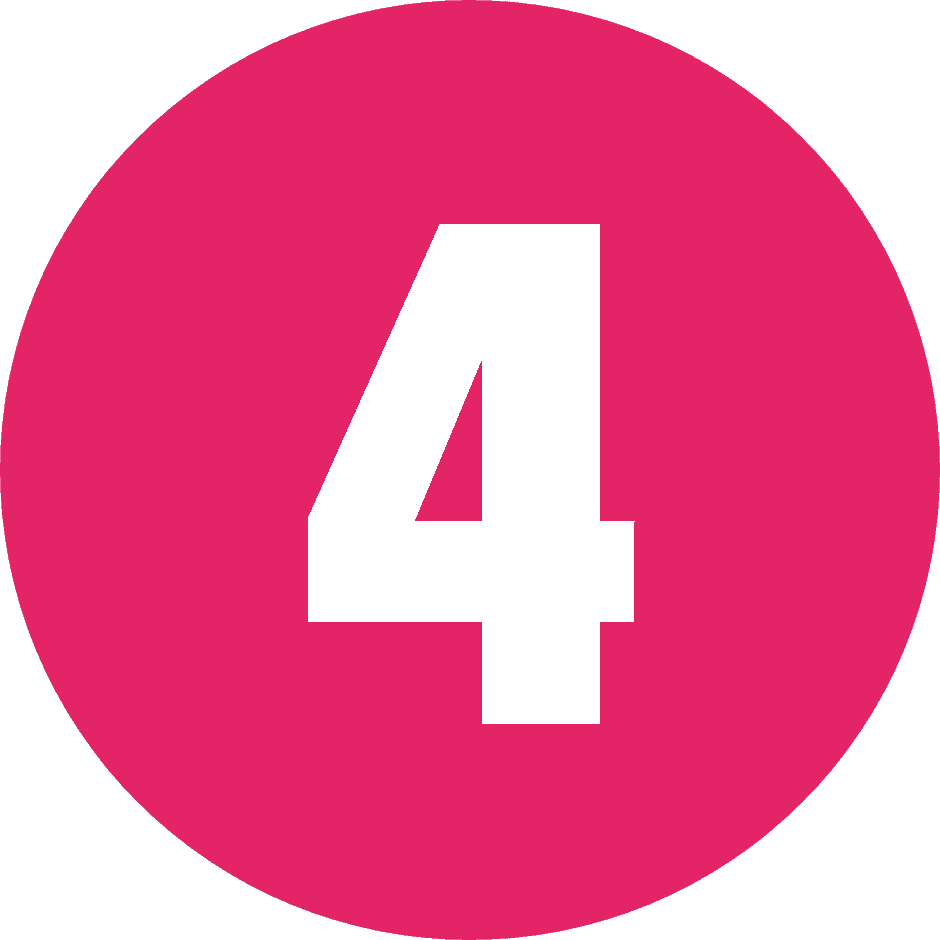 Now we put the actual content on the site. This includes all the pics, copy and any other elements. 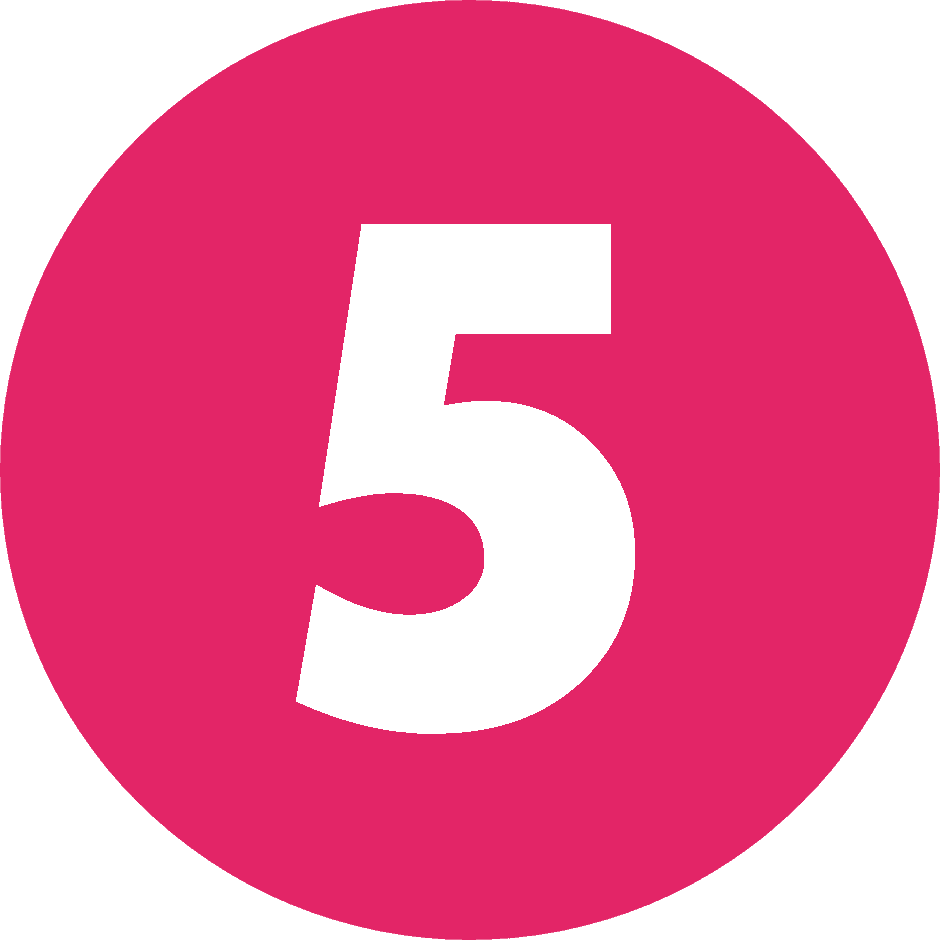 At this point we make sure the site not only looks stunning on a PC or laptop, but also on tablet or mobile. 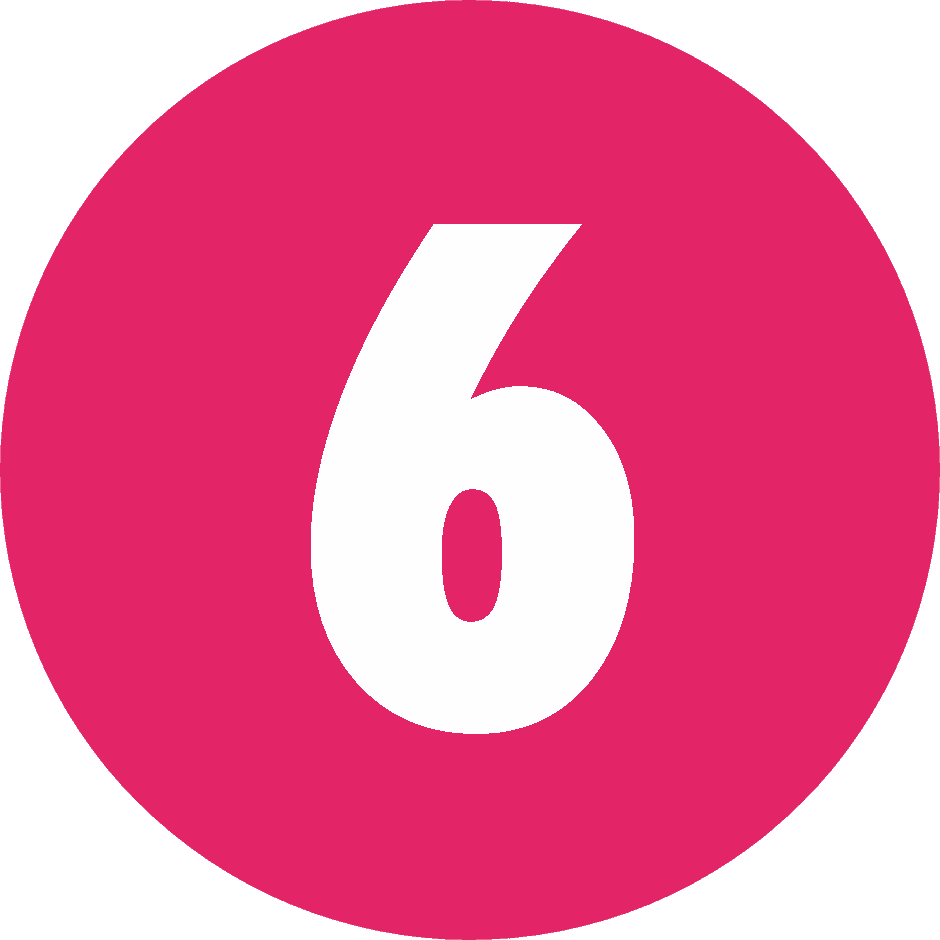 Test, test and test. Than launch...

We do a bunch of pre-launch tests to make sure everything operates smoothly. When all lights are green, we launch the site.

LET'S GET THIS GOING! 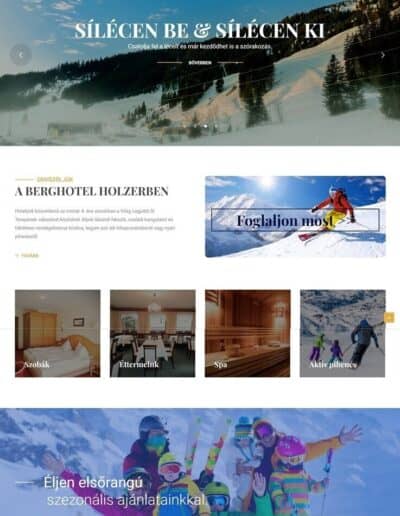 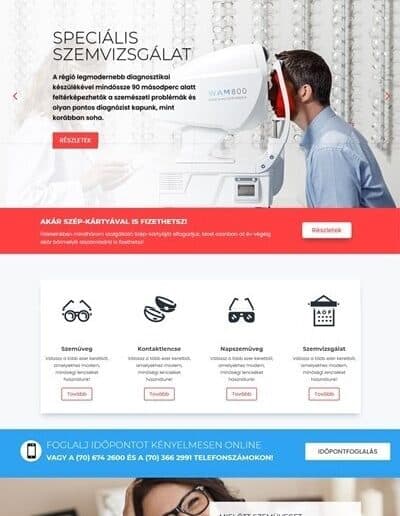 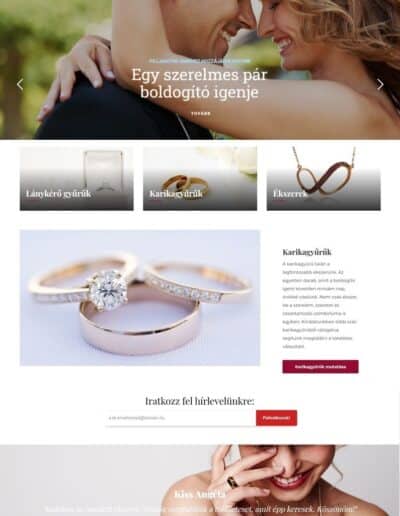 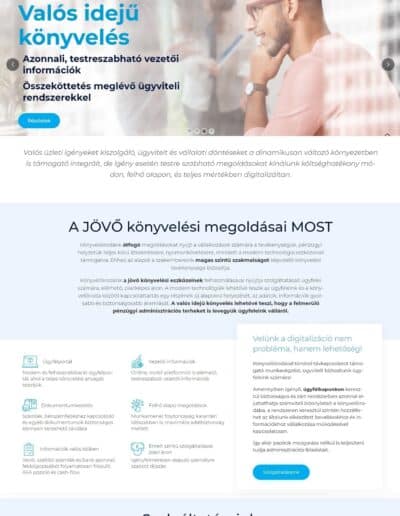 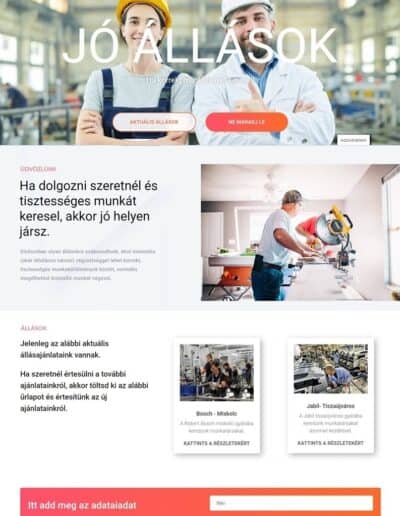 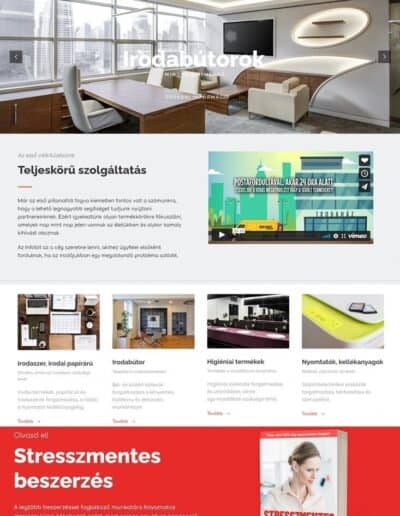 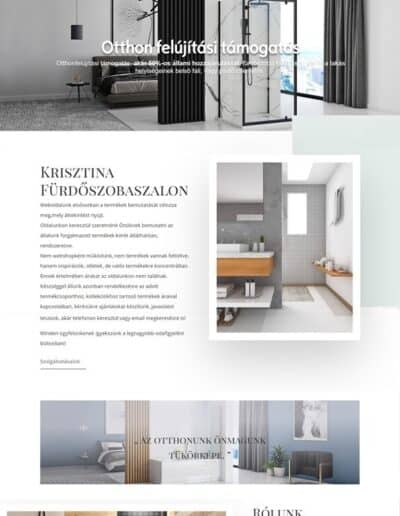 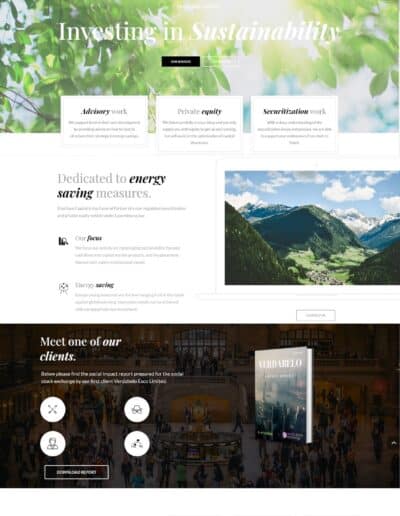 One of the most common website development mistake is making it a verrrryyyyyy lengthy procedd (months or even YEARS). That makes no sense.

Procrastination, overthinking, whatever. Well, not with us. We are going to launch you site in 40 days!

Why? Because we’ve yet to see a website where the first version brought in the most leads. So don’t try to figure it out. That’s what testing is for.

But you can only test something that’s actually running. So, instead of trying to figure out which version would work best, launch it and test it. That’s what analytics and heat map tools are for.

Therefore we expect you to reply to our question, make decisions and send us the photos, texts or any other stuff that’s on your plate within the previously agreed timeframe.

We take deadlines seriously and expect you to act the same! 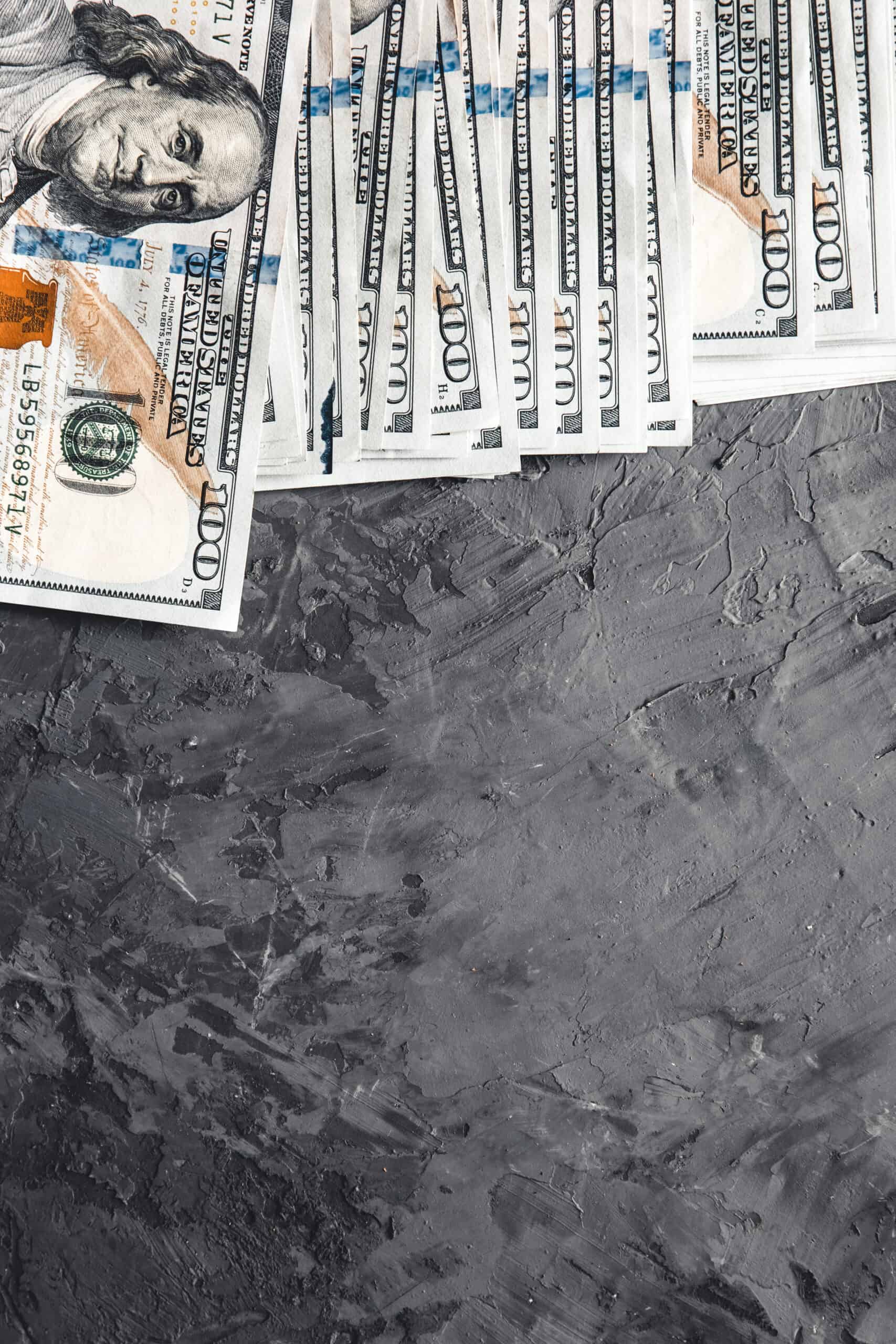 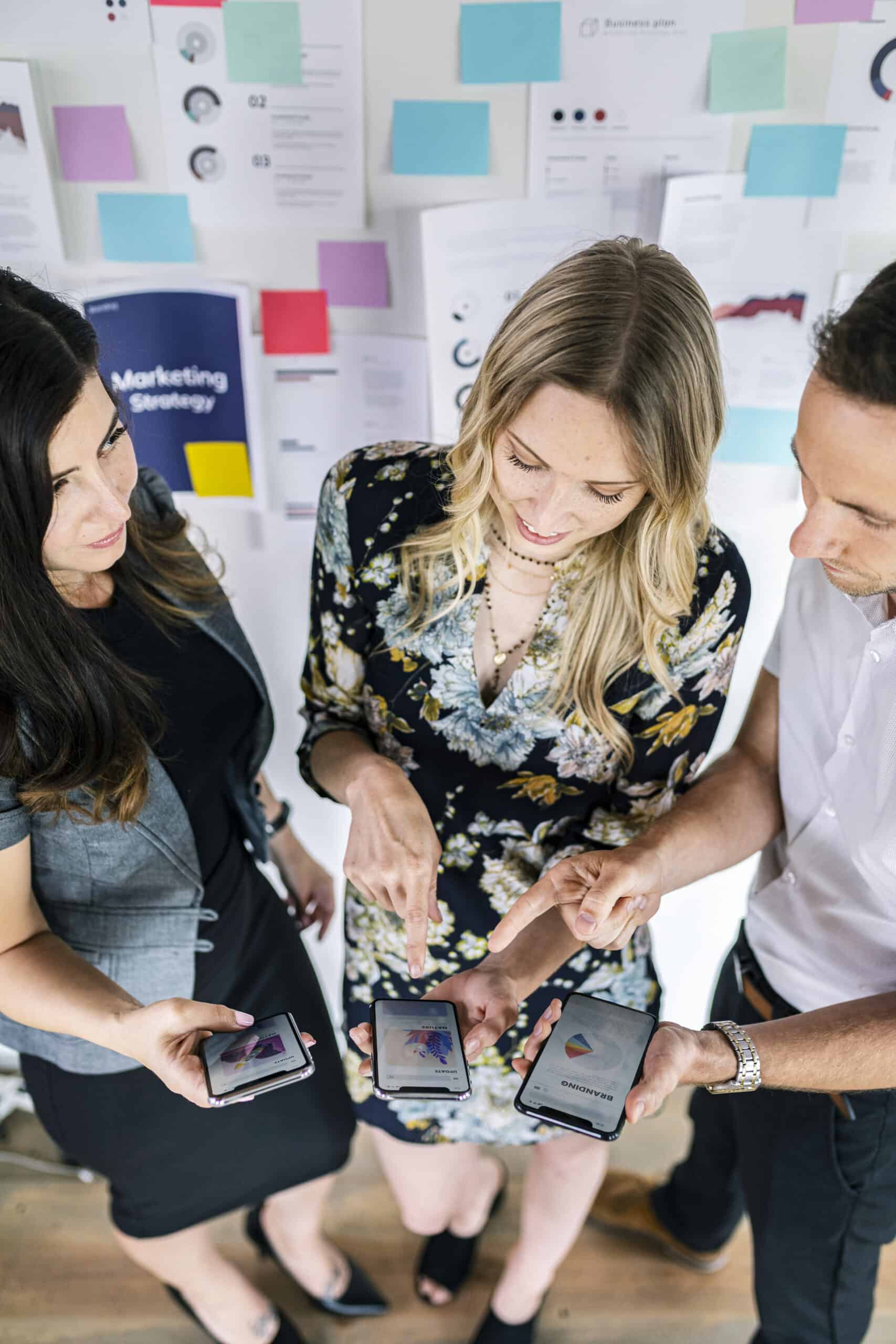 It’s absolutely ok to compare a few versions. But you need to make up your mind and decide.

We have a tested and proven method where we offer enough room and time for you to figure out which version is that you like most. But once a development section is done and a decision is made, we can’t go back and start again. So we need to limit the number of revision rounds per sectiop maximum 3. (And since there are 6 development phases in our method, that’s 18 revision possibilities altogether…)

That’s should be more than enough. 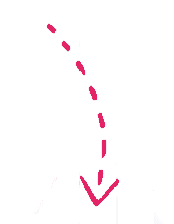 Since we do your website we expect you to run a proper business. If you’re dealing with anything grey, shady or illegal… than we’d rather not work with you.

This also means that we’re not putting any stuff on your site which isn’t genuine or you don’t own the right (like pictures, videos, etc.)

Anything that we provide (stock photos, backgrounds, plug-ins, videos, whatever) we have the right to use and we also send the certification to you from all of these. Just-in-case… 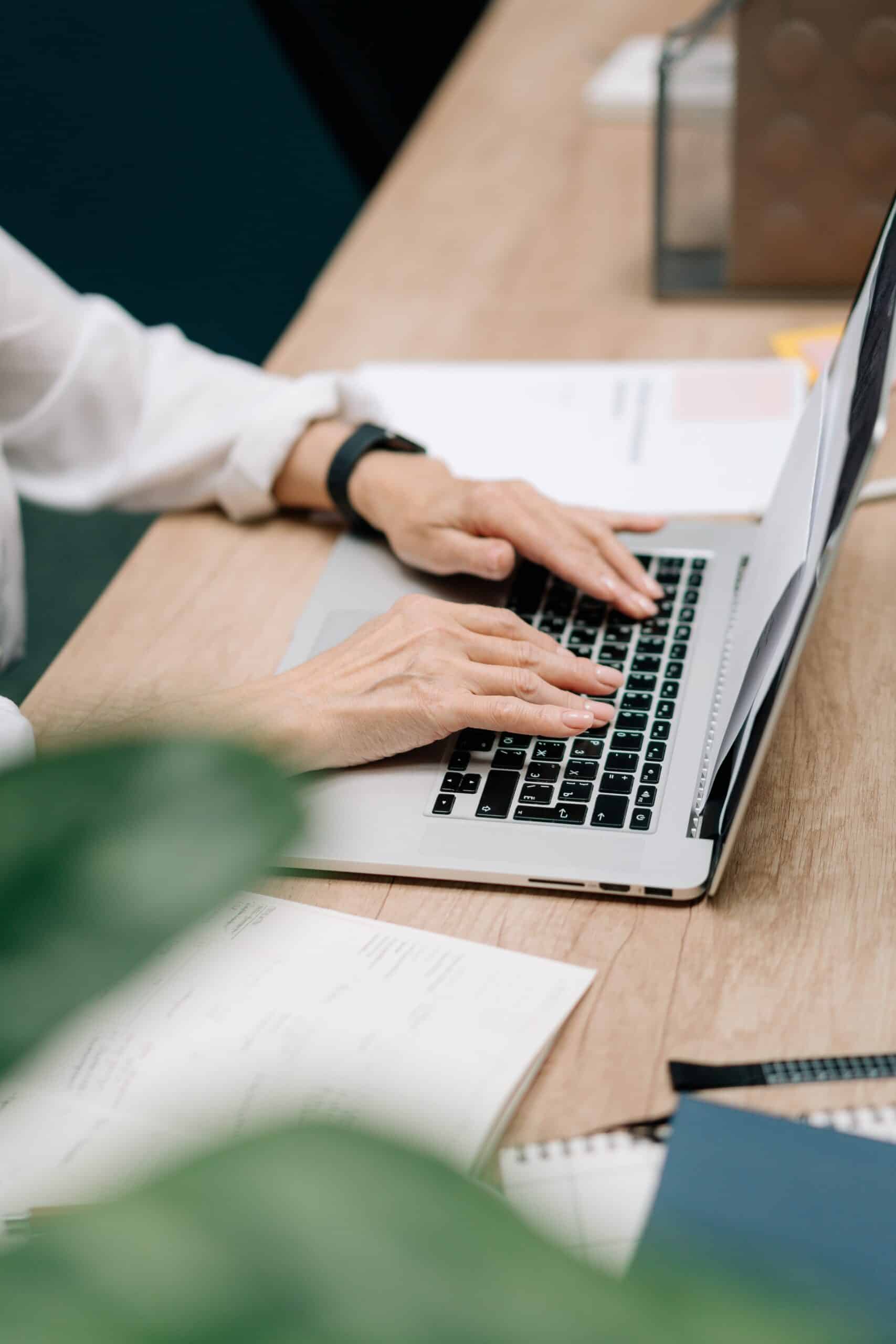 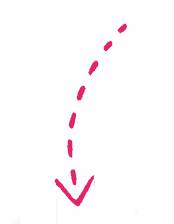 A website needs a server (where the files are actually stored). If you want your site to load fast and work steady, a good hosting service is a must.

Unless you have a decent server (webhosting), you’ll have issues all the time. We can offer you 3 world-class companies that offer webhosting at different price points from budget to premium. You can pick any.

It’s also fine if you have some other hosting company as long as they offer a decent hosting service.

But a decent hosting service is a must. Otherwise the result will be painful.

We are so confident that you’ll love working with us, that we offer 100% satisfaction guarantee. If you’re not fully happy with the end-result we refund every penny that you’ve paid for.

No smallprint or whatever.

Remember, we actually do this to make you so damn satisfied that you’ll be happy to provide us a 15 second video testimonial.

If you’re not fully happy, we ain’t happy too…

There’s just one thing left: fill in this form so that we can create an awesome site for you!

What happens after you press submit?

We’ll get in touch with you within 2 workdays to schedule a Skype or Zoom call.

We’ll talk about your business, your goals and expectations to see if we’re a good fit for you.

If everything is alright, we will start developing the website

That also means that submitting this form does not involve any obligation to pay, order or anything else! 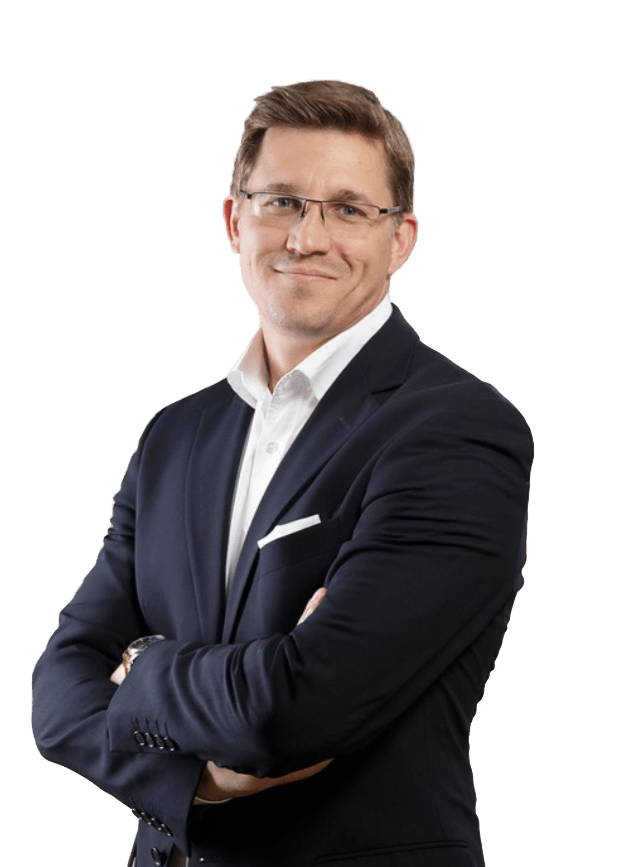